Will The Coronavirus Pandemic Push Germany Into Recession? 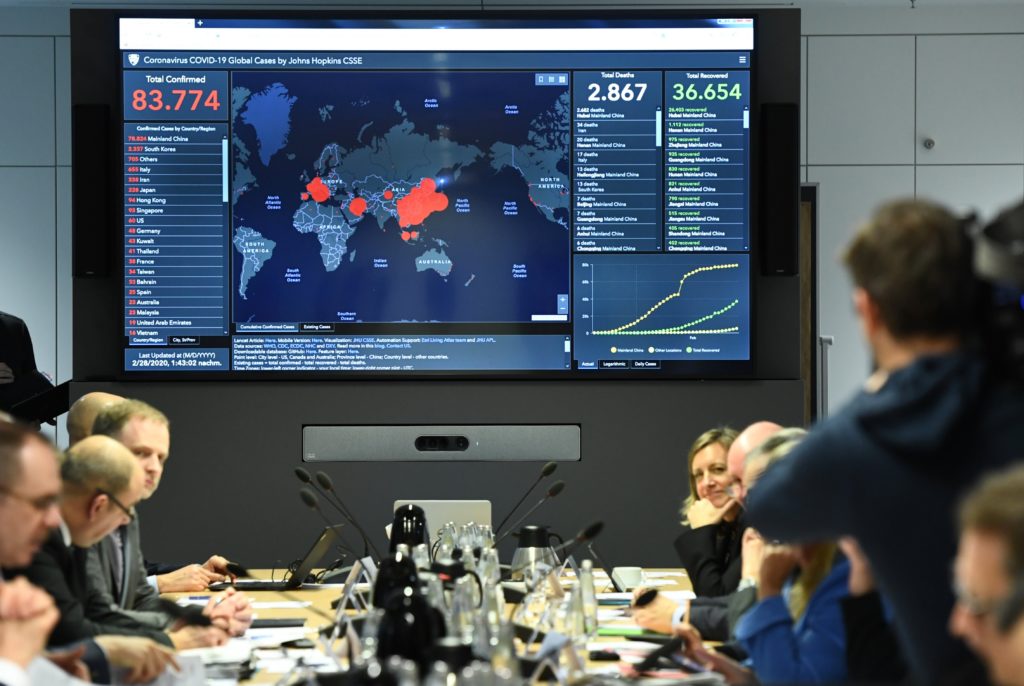 The consequences of COVID-19 pandemic to the economy are obviously negative, especially in this globalized world economy. Germany’s export-driven economy is heavily reliant on China, its most important trading partner. As the Chinese economy suffers from the effects of the coronavirus outbreak, so does Germany. In fact, and according to the latest study published by Deutsche Bank Research, the coronavirus pandemic could cause the German economy to fall into a technical recession this year.

The fast spread of the coronavirus outbreak is putting at risk not only hundreds of thousands of people but also major economies across the world. Germany is one of those countries that can suffer the consequences of a widespread COVID-19 within their borders. Germany’s exporters already felt the effects of the cooling Chinese economy in 2019, and its car manufacturing industry is particularly vulnerable to any weakening demand from the enormous Chinese automotive market.

“We expect the coronavirus to dampen gross domestic product by 0.2 percentage points in the first quarter, making a technical recession highly possible in the winter half-year,” the study says. The economists added that the coronavirus “poses a risk to the global recovery, as hopes rest on a recovery in the Chinese economy.”

It also doesn’t help that Germany’s chancellor, Angela Merkel said that that two-thirds of Germany could become infected by the new coronavirus COVID-19, according to the New York Times. “Given a virus for which there is no immunity and no immunization, we have to understand that many people will be infected. The consensus among experts is that 60 to 70 percent of the population will be infected,” she said.

In her first public appearance to address the epidemic, which has already infected more than 1,200 people in Germany, Ms. Merkel said that her government was following the advice of medical experts. She urged citizens to do the same. “We are at the start of a development that we cannot yet see the end of,” Ms. Merkel told reporters. “But we as a country will do whatever is necessary to do, working within the European bloc.”

That means stimulus packages to help SMEs, enterprises and employers and keep the economy afloat. The German government has already approved a first fiscal plan to tackle the economic impact from the coronavirus.

As stated by ING in a recent research: “The German government’s decisions tick the right boxes. However, as so often, the absolute size of the measures could quickly prove to be too small. One reason for the relatively small size is the fact that the current set of measures allows the government to postpone the politically-sensitive question of how to deal with the debt brake and the “Black Zero”. Last night’s decisions will lower the fiscal surplus, without pushing the budget into negative territory. In our view, the German government’s package is a good step in the right direction, but it will only tackle the impact from a short-lived economic shock. If Covid-19 spreads further and the economic impact worsens, last night’s move will not have been the final word.”