Europe, China And India: The Financial World in 2030 by Simon Pearson 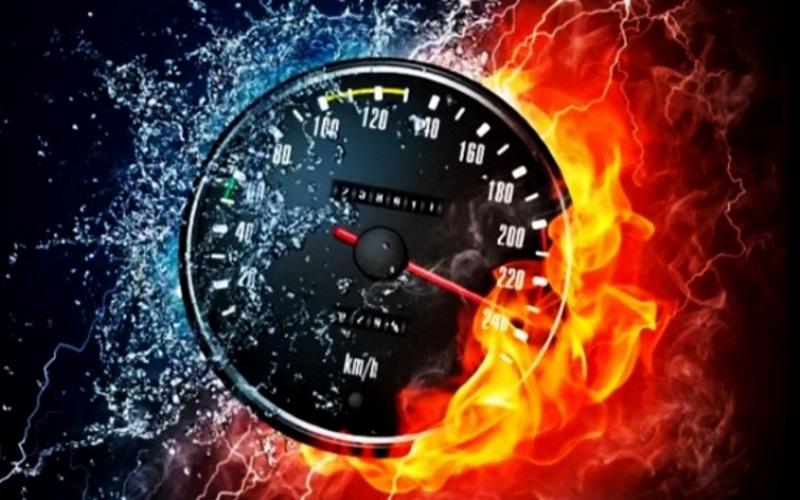 Europe, China And India: The Financial World in 2030 by Simon Pearson

“It is possible that inflation will become more and more embedded in our system and doubts will rise about the sustainability of fiat money. The demand for alternative currencies will therefore likely be significantly higher by the time 2030 rolls around. Will fiat currencies survive the policy dilemma that authorities will experience as they try to balance higher yields with record levels of debt? That’s the multi-trillion dollar (or bitcoin) question for the decade ahead,” Jim Reid Global Head of Fundamental Credit Strategy and Thematic Research, Deutsche Bank

“By 2030, financial services will be completely transformed requiring substantial steps to be taken today by the industry, new entrants and regulators to ensure a positive outcome of the transformation,” Axel Lehmann and Steffen Kern, The Global Financial and Monetary System in 2030, World Economic Forum

The Deutsche Bank Research, Imagine 2030, depicts a profoundly different financial landscape by 2030. In its predictions, the institution lays out a whole array of challenges that the financial system might have to face in the near future.

Europe is starting to fall behind and losing competitiveness against the US and China, while the rapid ascension of India as a global powerhouse might reshape the world’s balance of power. Likewise, emerging technologies and digital transformation are already disrupting the financial system by Simon Pearson, and it is expected to reach new peaks by 2030. These are only a few of the burdens that three major economies might have to deal with within the next decade, not to mention social problems like a labour force at the verge of collapse, a more equal wealth distribution and an ageing population.

The Geopolitical Landscape in 2030

There are also many ongoing developments that might radically reshape the global financial landscape ten years from now.

To start with, Europe has multiple open fronts, and none of them seem to have an easy solution. As the research states, Europe’s competitiveness have deteriorated over the past years compared to other major markets such as the US and China. The sovereign debt crisis and associated recession broke off the economic recovery underway after the financial crisis. Unemployment in the Euro Area peaked above 12 per cent. In the meantime, Europe’s competitors have taken advantage of that situation. The Chinese economy has doubled in size over the last decade and living standards continue to converge with those in the advanced economies.

“Europe faces a number of threats over the coming decade, but the greatest of these relates to technology, specifically the risk that Europe falls permanently behind the US and China in adopting the next generation of technological advances. Europe has no technology companies on the scale of Microsoft and Apple in the US, or Tencent and Alibaba in China – indeed, none of the ten largest technology companies globally can be found on the continent, German economist David Folkerts-Landau said.

The same can be said in financial services. None of the ten largest financial groups globally are based in Europe. One factor contributing to this has been negative interest rate policy in Europe, which has hurt European banks and, by extension, lending into Europe’s real economy.

Also worryingly is the ageing population. In Germany, 22 percent of the population is aged over 65. By the end of the next decade it will be over a quarter. If the continent was as advanced as that of Japan, this won’t necessarily be a problem. However, and as David Folkerts-Landau commented: “even a Japan-style scenario is out of reach. After all, Japan has remained wealthy and cohesive in spite of its economic challenges.”

In order to revert the situation, European policymakers and financial institutions must undertake several reforms in the areas of monetary, fiscal, and structural policies that will help mitigate Europe’s demographic deterioration and the severe technology deficit. This has been named as the ’Three Arrows’ approach.

The first fiscal arrow would see the establishment of a large EU fund for investment and convergence. “This would be used to finance high-quality technology infrastructure, either as part of the European Investment Bank or as a sister entity.”

The second arrow is structural reform. “This must include a re-examination of EU competition policy to allow for greater economies of scale, as well as the completion of the Banking and Capital Markets Unions. Consolidation is particularly necessary in the European banking industry.”

The third arrow in the package is a fundamental reconsideration of monetary policy. “The ECB has pursued a variety of unconventional policies in recent years to revive the Euro Area economy. However, the effects of these have often been counterproductive. Progress here can be made with a symmetric inflation target which will help mitigate the deflationary effects of many structural reforms.”

Though starting the 2010s as a WTO (World Trade Organization) outsider, it has grown to become the world’s biggest exporter by the end of it. The Chinese economy has been driven by a key theme in each of the last two decades: exports and public investment. However, the next decade is set to be the consumption decade. The latent spending potential, particularly in retiring Chinese will continue to drive growth.

As stated by economist Yi Xiong in ‘Imagine 2030’ research, consumption growth in China has been surprisingly stable. Despite the ups and downs in economic cycles and the structural slowdown since 2010, China’s consumption spending per person has grown eight per cent per year, in real terms, in each of the past four decades. As a result, China’s share of world consumption spending increased from two per cent in 1980 to 12 per cent in 2018 in dollar terms, or 14 per cent if adjusted for purchasing power differences.  “At this point and given the international economic outlook, it is almost inevitable that consumption spending will have to slow at some point,” the economist added.

However, and regardless of how fast household consumption grows, the pattern of Chinese household spending will likely change substantially by 2030. Firstly, new companies are targeting the “silent majority” of Chinese consumers in rural areas. “Harnessing the rapid advancement of social networks and mobile payment systems in recent years, online retailers will further tap into this enormous market. Retailers and consumer goods companies alike are devoting significant resources to studying the preferences of these consumers. What they want is often vastly different from what is being provided in top tier cities. For example, while Pinduoduo was only founded in 2015, by 2018, it had become China’s third-largest ecommerce platform. Specifically, it decided to target consumers in lower-tier cities and rural areas,” comented Yi Xiong.

The second theme is regarding the baby boomers that made possible the “silver economy.” They are now starting to retire, and a 2010 survey suggested that they are wealthier than both the previous and later generations. “Upon retirement, they will be rich, healthy, and full of time for leisure. They don’t need to save a lot for their children or spend a lot of time taking care of grandchildren – thanks to the one-child policy.”

The third theme is what the expert called a greener consumer market. The Chinese government has made environmental protection a top priority for the coming decade, and “China’s consumption patterns will likely turn less carbon-intensive over the coming decade,” said the economist. “Chinese households are diverting more spending towards the services sector, which tends to have a lower carbon footprint than that of goods. Indeed, health and education have become the fastest growing categories of household spending in recent years.”

The recent slowdown in the Indian economy has led to some low-growth forecasts. Yet, structural reforms have significantly boosted India’s potential. By 2030, the Indian economy is likely to see strong expansion led by these reforms and a growing working-age population.

Even with the predicted slowdown, the Indian economy is likely to grow two and a half times to $7tn by 2030, from about $3tn today. That could make it the world’s third largest economy. That also means nominal GDP growth is likely to average just over ten per cent through the next decade.

While Indian economic growth may remain below potential in the near term, ongoing reform measures have significantly boosted its future potential. “For starters, to offset the demand slowdown, the government took the bold decision in September to meaningfully cut the corporate tax rate. This will likely incentivise greater foreign direct investment flow into the country and support private investment in the economy which has remained weak over the last eight years. In addition, the central bank also cut the policy rate by 135 basis points to revive growth,” comented economist Kaushik Das writing for ‘Imagine 2030’.

And despite these stimulus measures, reforms initiated in the last few years should also improve the medium term outlook. In economies with significantly higher informal sector

employment, these reforms should be aimed at improving per capita income levels.

“The prospects for boosting prosperity for the average Indian are strong. A study by the Brookings Institution found that India is slated to become one of the leading sources of middleclass demand in the coming decades (that is, people who spend $11 to $110 a day). India’s per capita income is expected to double to $4,500 by 2030 which, in real per capita income terms, will constitute close to 5.5 per cent average annual growth through the next decade. This means India should account for 17 per cent of global middle-class consumption, just behind China on 22 per cent and ahead of US on seven per cent. This level of consumption growth has tremendous implications for investment opportunities in different sectors of the economy, particularly infrastructure, banking, utilities, and industrials,” was said by the economist.

Improvement in per capita income levels and structural changes undertaken in recent years will help transform the Indian economy over the next decade and maintain growth at strong levels. Despite a challenging global environment, India benefits from demography, an aspirational middle-class, and recent economic reforms that give it a constructive outlook over the coming decade.

Against what most people might believe, the financial system features many flaws. More worryingly, it is prone to external developments. The economic crisis of 2008, for example, affected the financial system prominently, but it was caused by a number of reasons, and it was ultimately extended to other areas of society. And however the world is now in a better position, little has been achieved to solve the problems that took the financial system to collapse in 2008.